Science subjects didn’t work for him. Switching to History and Business got him into a local university. 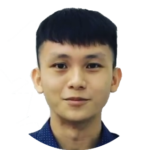 Cheng Yee had taken the Science stream in JC and did not do well in his 1st attempt at the A Level examination. His results did not give him the required points to enter university. Retaking the same subjects at his 2nd attempt also did not help.

He made up his mind to change from Science subjects to an Arts and Commerce combination with INSPIRE. He took up two entirely new subjects on his 3rd attempt at A Levels – History and Management of Business, scoring an A and B respectively in 10 months. He finally entered an Arts and Social Sciences course at NUS.

“Impossible is spelt ‘I M Possible’. If I can do it, so can you,” says Cheng Yee.

Choosing the right subject combination was the secret to his success.

He was not satisfied with his A Level grades in Junior College. At INSPIRE, he scored straight As for all A Level subjects. 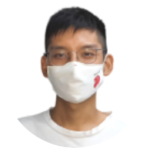 Jun Hng sat for the A Levels at Junior College, but he was not satisfied with his results. He decided to retake his A Levels in order to get into his preferred university course, which was Medicine.

After 10 months at INSPIRE, Jun Hng managed to obtain 5As for all his subjects. He is the first student at Inspire to achieve straight As for A Levels — earning himself an Academic Prize reward of $2,000. He was accepted into the Lee Kong Chian School of Medicine at NTU.

“INSPIRE helped me to prepare for my exams in a manageable way and the guidance from my tutors really motivated me to keep on fighting for my dream. With their help, I was able to take on the A Level exams once again and perform much better than my first attempt,” Jun Hng says.

“If I can do it, I have no doubt that you will be able to pursue your dream course of study as well.”

Home schooler achieved 1A and 2Bs on his first attempt at A Levels! Two local universities offered him a choice of Economics and Engineering.

Homeschooled since childhood with an international homeschooling curriculum, Samuel entered INSPIRE’s A Level preparatory course after sitting for the O Levels as a private candidate. At first Samuel was hesitant about the new subjects that he had to take — Economics and Literature — which he had not been taught before.

Despite the short time frame of 10 months, he was able to rise up to the academic challenge, doing very well for his A Levels. He was offered a choice of Economics and Engineering courses at two local universities.

He attributes the secret of his A Level success to the guidance and support of INSPIRE’s experienced teachers. In addition, Samuel was an exceptional student who was very receptive to the feedback and advice provided by his tutors. He also submitted his homework diligently and enthusiastically.

Samuel’s good attitude towards his studies and the guidance of experienced teachers contributed to his A Level success story.

She studied overseas and was unsure if she could cope with the curriculum in Singapore. At INSPIRE, she passed all her subjects on her first attempt at A Levels. 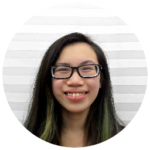 Allison studied overseas at an international school. When she returned to Singapore, she was unable to enter any of the local junior colleges and decided to enrol in INSPIRE’s 10-month preparatory course.

Without any prior knowledge or past experience of studying under Singapore’s curriculum, Allison lacked confidence in her ability to finish the course and pass her A Level exams.

But under the coaching and encouragement of her tutors, she found her diligence and self-belief, eventually passing all her subjects. She even obtained a C grade for H2 Literature — a subject that was totally new to her.

“My teachers at INSPIRE taught me to have more confidence in myself, they were patient and understanding,” says Allison.

His polytechnic diploma’s GPA was insufficient to qualify for a local university. But taking A Levels at INSPIRE helped him to enter a Business course. 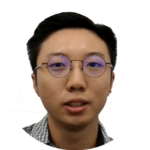 Bryan enrolled into INSPIRE’s A Level preparatory course while he was still finishing his National Service. He took several subjects that were new to him, but achieved the following grades on his first attempt in just 10 months:

With his results, Bryan entered a Business degree course at a top local university in Singapore.

He rediscovered his aptitude and passion for English and got accepted into a Linguistics course at a local university. 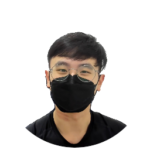 Felix obtained a Shatec diploma after completing his O Levels. However, he realised that his certifications were not what he wanted after all and decided to enrol in INSPIRE’s 10-month preparatory course.

Having previously scored an A2 in English for O Levels, Felix was able to rediscover his competency in the subject by scoring As for both General Paper and Linguistics. He got accepted into NTU’s Linguistics and Multilingual Studies course after his first A Level attempt.

“INSPIRE’s tutors gave us the most important skills and critical knowledge required to score well. Their insight into the expectations required from examiners proved invaluable to a first-timer such as myself,” Felix says.

She dropped out of a top JC but that didn’t stop her from pursuing her A Levels.

Saloni was in an IP school and went to a top JC for the first six months. However, after some time, she realised that she could not cope with the hectic schedule. While in JC1, she became anxious and depressed as she was not able to excel in her studies like in the past.

With the support of her parents and INSPIRE’s motivating and kind teachers, she re-ignited her spark and drive for her studies. She took many commerce subjects — Economics, Business, and Mathematics — and that helped her to apply to an overseas university.

Supportive parents and teachers, together with a focused academic environment, are crucial factors in building confidence for the A Level exam.

How is INSPIRE the RIGHT CHOICE for your private A Levels?

We as teachers of INSPIRE have experienced poor grades while in school, or faced rejection by our own school teachers. Against the odds, and by our own efforts, we came to that failure is an opportunity for learning and success. There is no other way to go but up.

At INSPIRE, students find a sense of belonging in a small group setting within an atmosphere of acceptance. We are all working towards the goal of achieving  passes.

By finding your best individual learning style, you will discover YOUR OWN KEY to unlocking your own pathway to success. For you may need to stand up during class or draw on the board in order to retain knowledge better if you are learner.

Teachers observe your learning daily and give you input and feedback on how you can learn best.

Find out more about…